Airbus to Transfer a European Centre of Excellence to Québec

Airbus Defence and Space has decided to transfer its centre of excellence in encrypted radiocommunications R&D to Gatineau, Québec. “Step by step, we will be moving our R&D department over from France,” Chief Technology Officer Jeroen de Witte confirmed to Le Droit. 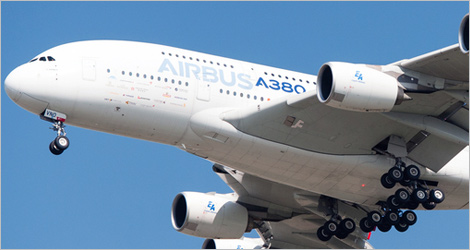 Between 25 and 30 researchers and specialists will progressively join the roughly 150 workers Airbus already employs in Gatineau, where the multinational has operated for several years under the name of Cassidian Communications. “Gatineau is an attractive location for us because we already have facilities there and there are a great many parallel high-tech resources in the region,” de Witte explained. “In addition, the universities are turning out very high-quality graduates in our field.”

The Gatineau centre of excellence will focus on Protocol P25, a key part of Airbus Defence and Space’s VESTA 9-1-1 solution. The encrypted protocol, which has four times the capacity of regular radio waves, allows for highly secure communications. The VESTA 9-1-1 system handles over 60% of 9-1-1 emergency calls in the U.S., where it helps keep more than 200 million people safe. It is also used in several cities in Canada and other countries around the world.

About Airbus Defence and Space

Airbus Defence and Space is a division of Airbus Group, formed by combining the business activities of Cassidian Communications, Astrium and Airbus Military. The new division is Europe’s number-one defence and space enterprise, the second-largest space business company worldwide and among the top ten global defence enterprises. It has some 40,000 employees. Learn more