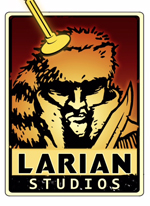 Seeking to establish operations in North America, Belgium’s Larian Studios—a video game developer—has chosen to set up shop in Québec City alongside other industry giants such as Ubisoft, Beenox, Sarbakan and Frima. “We were won over by the industry players’ warmth and energy as well as by Québec City’s access to qualified personnel, its competitive operating costs, infrastructure and quality of life,” stated Mr. Swen Vincke, the studio’s president and founder, in a press release.

Specialized in the design of role-play and educational games for children, Larian has developed more than a dozen titles for all platform types. Its portfolio includes games such as Dragon Commander, Divinity Anthology, Monkey Tales Games and Divinity: Original Sin. This latest has in fact won several awards—including Gamesport.com’s PC Game of the Year. Founded in 1996, the company operates studios in Ghent (Belgium) and Saint Petersburg (Russia).