Highlights of the Provincial Budget Speech 2016–2017 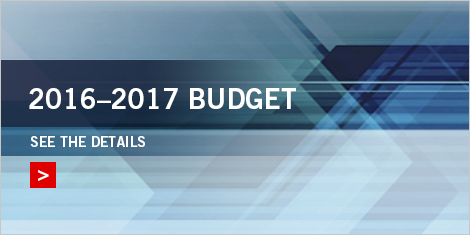 To strengthen Québec’s position with respect to the granting of large-scale digital transformation contracts and to foster the establishment and expansion of IT businesses, the government is introducing a new tax credit for major digital transformation projects, which will provide assistance during the transition to digitized business solutions.

To be eligible for the tax credit, a business’s project must result in the creation of at least 500 jobs in Québec. The tax credit will apply to the first two years of a digitization contract of a minimum of seven years.

The rate of the tax credit will be 24% regarding amounts paid to employees who will carry out eligible digital transformation activities, in the course of a contract concluded following the day of Budget Speech 2016-2017 and prior to January 1, 2019.

The cost of this new tax credit will be $49.9 million over five years.

The government will spend $161.9 million over five years to implement the digital strategy.

In this regard, it will be necessary to allocate additional funding of $78.5 million over five years to fund the digital strategy’s first initiatives.

An additional $70 million for the aerospace sector

Given the additional envelope of $70 million announced in Budget 2016–2017 and the planned budgetary appropriations, the government is committed to granting approximately $250 million in support over the next five years to the aerospace sector. This support is expected to generate total investments of close to $3 billion.

Recently, the government acquired, through Investissement Québec and the Société du Plan Nord, the infrastructures providing access to the dock.

Acquired for $66.75 million, the infrastructures are operated by the Société ferroviaire et portuaire de Pointe-Noire, a limited partnership that will provide multi-user access to the infrastructures, under clear and predictable conditions for businesses.

This new limited partnership will ultimately include the Société du Plan Nord and its private partners.

Following this acquisition, the government is announcing in Budget 2016–2017 additional investments of $15 million to install a conveyor connecting the recently acquired rail infrastructures to the multi-user dock.

These investments will be financed by the Société du Plan Nord with amounts from the Fonds du Plan Nord.