Rodeo FX has just received a prestigious Emmy Award for its contribution to the visual effects on HBO’s hit television series Game of Thrones. With a team of more than a hundred artists, project managers and technicians, the Montréal-based studio created over 150 visual effects shots for the fourth season of the most popular TV series in the U.S. 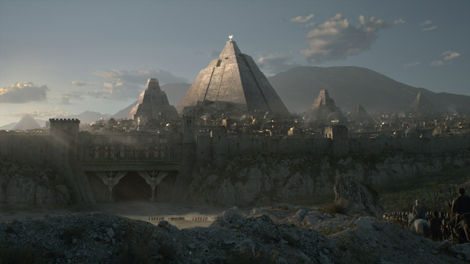 Sébastien Moreau, President of Rodeo FX and Executive VFX Supervisor on the show, sees this prize as a recognition of local talent. “This award confirms that Québec is one of the top players in the visual effects industry.” According to Moreau, the strategic and economic measures put in place over the years explain Québec’s success on the world stage. “The tax credits offered by the government represent a great incentive for producers to bring work here,” says Moreau. “We also have specialized schools where students acquire a very thorough knowledge of visual effects. Some of our most talented and experienced artists come from Centre NAD and Cégep de Jonquière; these schools have developed a curriculum that really responds to the industry’s needs.”

Since the Rodeo FX team was founded by Sébastien Moreau in 2006, it has grown to over 150 accomplished professionals creating visual effects for the film, television and advertising industries.

Lean more about Québec’s strengths in the multimedia industry.