Québec company Sinters America specializes in providing ground support and automated test equipment for original equipment manufacturers and other major corporations in the aerospace industry. With the acquisition of DCM Group, it has tripled its workforce, from 75 to 250 employees, and increased its sales from $7 million to almost $30 million. 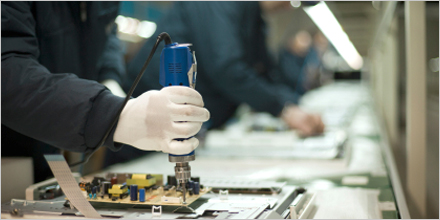 “We were already known internationally for our creativity and agility; now we have achieved the critical mass to compete with world leaders in the maintenance equipment manufacturing sector,” noted Éric Ledoux, president of Sinters America.

Moreover, Sinters is expanding its range of services by acquiring DCM, which runs two divisions with complementary expertise: DCM Aerospace, which is active in the area of structural components and tooling for the aerospace industry, and Aerospace Welding, an international leader in aircraft welding. “Sinters America is bolstering its skills in the field of aerostructure component repair,” added Mr. Ledoux. “In so doing, Sinters will become a key player in aircraft welding, which is an area of expertise much in demand in this sector.”

Investissement Québec’s $3.5-million stake in Sinters America’s share capital facilitated the transaction. “This strategic partnership with Investissement Québec enabled us to complete the financing package we needed to acquire DCM Group and thus continue growing, especially in international markets,” said Mr. Ledoux. The new entity created by the transaction is called DCM Group. Sinters America is one of its three divisions.

Based in the Montréal suburb of Boucherville, Sinters America was founded in 2002. At that time, it was a subsidiary of a French company. Since becoming a Québec-owned company in 2009, the company has experienced strong, continuous growth. Sinters provides the aviation industry with innovative engineering and manufacturing services in three major branches: automated test equipment; ground support equipment; and electromechanical cables, harnesses and assemblies.

The key players in the aerospace sector have establishments in Québec, which accounts for 55% of Canadian production. Discover the advantages of joining them.