specializes in designing, producing and marketing scientific instruments for laboratories. In 2001, it developed a technology called Laser Diode Thermal Desorption (LDTD®), which speeds up the analysis process for mass spectrometry. 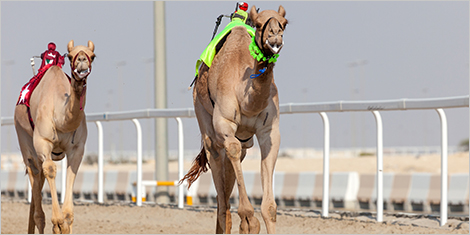 The technology has revolutionized the operations of laboratories using it, particularly in the pharmaceutical, toxicology and food sectors… as well as in the world of camel racing in the United Arab Emirates!

The organizers of camel races approached Phytronix seeking a device that could quickly ensure that thousands of racing camels aren’t on performance-enhancing drugs. “Camel racing is very important over there,” explains Jean Lacoursière, Phytronix’s President and Founder. “Every animal must be tested. Our company is the fastest in the world in mass spectrometry. We can do tests in two to five seconds that used to take from two to ten minutes.”

Camel racing, however, accounts for only a fraction of the company’s clients. The pharmaceutical sector represents 30% to 40% of its sales, and the toxicology sector 30%.

Phytronix employs 25 people at its Québec City plant and its Toronto and Montréal offices. It exports a major share of its products to locations around the world. In the next two years, the company hopes to double production of the single-use plates on which samples to be analyzed are placed. Phytronix also plans to set up projects in the food analysis sector in Europe, China and the United States.

Find out more about innovations made in Québec