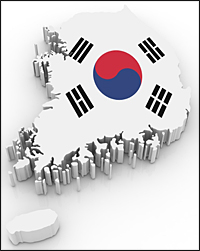 Canada and South Korea have reached a free trade agree­ment after nine years of nego­tiations. The agreement could go into effect as early as 2015 and will apply to almost all goods manufactured in the two countries.

South Korea, which has a population of nearly 50 million, is Canada’s seventh-largest trading partner and a highly attractive market for any company in Québec. In fact, Canadian exports to South Korea stood at $3.7 billion in 2012.

The agreement will create opportunities for Québec companies in sectors as varied as agriculture, aerospace, forest products, textiles and fisheries.