Société Générale Doubles the Workforce at its Montréal IT Centre

By late 2015, Société Générale, a European corporate and investment bank, will have added 150 new employees to the existing 165 staff members at its IT support centre in Montréal. A third of these positions will be filled by Société Générale employees, and the rest by the employees of its suppliers. The jobs must be created to keep pace with the New York office’s rapid expansion and to meet the needs of Newedge, a subsidiary recently acquired by the company. 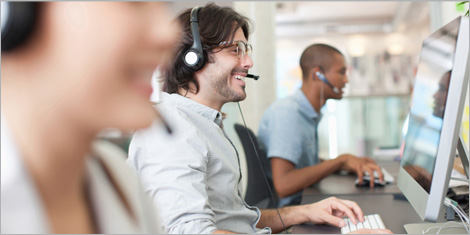 Pierre Matuszewski, President of Société Générale's Canadian operations, said the company made the decision because of the solid reputation for performance the Montréal centre had acquired in only four years of operation. “Montréal certainly has a comparative cost advantage, thanks in part to the e-business tax credit,” he said. “But even more important to us are the city’s qualitative benefits and its expertise in information systems management, as well as the outstanding partnerships we have forged here.”

In conjunction with the company’s centres in Paris, New York, Hong Kong and Bangalore, the Montréal centre offers ongoing IT support to the 18,000 employees of Société Générale and its clients.

Carlos Goncalves, IT Manager for International Operations at Société Générale, also gives high marks to the Montréal centre for its first four years. “Within just a few months, the Montréal centre had fully embraced the business culture of our New York and Paris centres,” he said. “Since then, we have benefited from our access to the incredible pool of multilingual talent in Montréal, which is something our people on the ground in various countries really appreciate.”